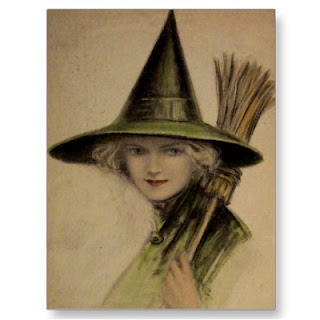 Many pictures since the early 1400's depict witches on besoms (brooms). Why? Brooms have been an important symbol of fertility, as well as used to sweep away negative energies. Because this was an everyday household object it could not be held up as a sign of witchcraft in court. Brooms are very inconspicuous objects, let's face it - we all own one hiding in the corner of our hall closets. believe that witches disguised their wands as brooms to avoid further persecution for being a witch. Some even claim the flying theory came from the flying ointment that was said to be smeared onto the broom handle. Flying ointment was comprised of many toxic and potent hallucinogenic herbs. When it touched the broom rider's skin, it caused her to hallucinate, thus the theory of flying.


Even in medieval times besoms were placed at the opening of a hearth to ensure no evil would enter a house through the chimney. In modern day many pagans have brooms as a symbol of their faith, using a broom for a tool of purification. Decorative brooms are sometimes hung near doors to cleanse those entering a house, and it is said to avoid a particular visitor, your broom should be moved from the west side of the room to the east. This will make an unwanted visitor's stay very short. High Jon floor sweep is a special herbal mix that some people use to sweep out a new home in order to bless it. Sweeping out the old to make room for the new. A coven's high priestess may use her broom (an element of Air) to sweep ritual circles clean of negative energy.


I own a very special broom as a wedding keepsake. My spouse carried me over the broom for blessings and good luck as part of our hand-fasting. (and yes I was married on Halloween). A gift that was a symbol for my transition from the maiden phase of life to the mother. Its handle was hand carved from willow inscribed with the word "mother" in the witches alphabet and the base is made from traditional bundles of birch. What made the broom especially dear to me was the fact that all female family members and friends each contributed something to be added to the broom the night before the wedding.


I was amazed that no two women brought the same item. I was given a rose, foxtails, mugwort, pansies, violets, larkspur and many other flowers. Each lady chose a flower that was significant to why she was giving it to me. My niece, for instance, traveled out to a home where I spent part of my childhood running through the fields. She brought me back the very same wild flowers from the field I used to play in. Also added to the arrangement were the same wine colored roses from my bouquet. All of them were hand-wrapped and tied to the bristle end of the broom. I keep my broom above my hearth as a keepsake.

In Ireland, the witches broomstick was sometimes called a Faery's Horse. Brooms are also associated with Samhain or All Hallows Eve. Samhain is when the veil between the world of the living and the realm of the dead is at its thinnest. It is a time for astral projection and communion with the souls of the departed. This may be what popularized the typical Halloween broom riding witch. Whatever the origins, the icon of the witch on her broom is here to stay.

Posted by Foolish Notions Vintage at 11:16 AM 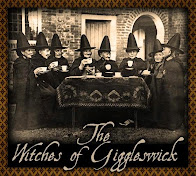 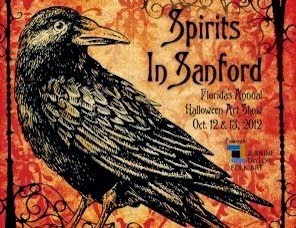 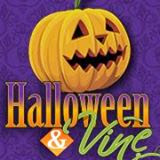 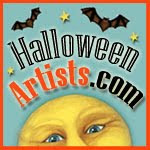 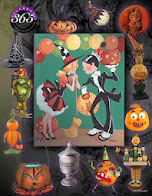 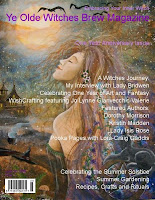 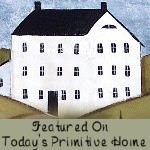 Stop By My Etsy Shop!

Promote Your Page Too